Will The Fear Of Recent Shark Attacks At Oak Island, N.C., Keep You On The Shore…

Why did a shark attack 2 swimmers at my hometown beach, Oak Island, N.C.? Unless someone has been living under a rock or living outside of the US, you’ve most likely heard snippets of the tragic events that occurred Sunday. How does an otherwise normal, ordinary fun, sunny day at the beach turn to sheer terror in water?

Like something straight from the movies, surreal, but very real. Two separate shark attacks on the same beach, two miles apart in waist deep water! How does this happen?

Thank God, Charlotte paramedic, Marie Hildreth, was at the right place, at the right time to save a life. She saw the attack and wasted no time making a tourniquet, even using the strings from a boogie board until EMS arrived on the scene.

The courageous victims were airlifted to New Hanover Regional Medical Center Hospital in Wilmington in critical condition. The first victim attacked was thirteen year old North Carolina girl, Kiersten Yow. On Monday she was transferred to N.C. Children’s Hospital at UNC where, she remains in stable condition. Her arm was amputated at the elbow, and she has suffered significant tissue damage to her leg, but with surgeries and rehabilitations, her doctors expect her to keep her leg.

Around 90 minutes later, the second shark attack happens in close proximity, about 2 miles up the beach from the first attack. Sixteen year old Hunter Treschel, from Colorado Springs was released from the hospital Wednesday to return to his home in Colorado. Although Hunter lost his arm below the shoulder, he is positive and in good spirits posting five Facebook videos about the attack from his hospital room

I am grateful Hunter and Kiersten are both recovering.

Shark experts’ studies point to the rise of shark sightings off the The Atlantic Coast due to a growing population of sharks. In 1997 a conservative law measure became effective that tempers and prevents great white shark hunting. In my humble unscientific opinion, maybe it’s time to reform or update that law.

Other shark authorities claim increased fishing activity off the piers attract the beasts. The Oak Island officials have now banned all shark fishing from the pier. Call me crazy, but why was shark fishing ever allowed, considering surfers and swimmers are always in the ocean near the piers. My favorite spot to swim was always near this pier – at this very same pier. Yes, this is my hometown beach, where I learned to surf a little, swim a lot, work a waterslide park and lifeguard. Never have I felt fear at this familiar beach.

Will you return to the sea as normal or retreat to the hot, balmy shoreline? The ocean is a treasure that we share with the sea life. They have their place and we have ours. We can co-exist together, sharing the same sea.

Fear is a strong emotion, but Love is even stronger. The lifestyle of ocean lovers centers around the beach and the water. I hope you will continue to embrace what you love while exercising a little wisdom. There are risks in everything in life. What will you do, stay on the shore or jump back in the water? Love it or leave it?

Tomorrow is the first official day of summer, Enjoy the Summer!

I switched from collecting high heels to flip-flops, meetings to beaching and working to exploring. 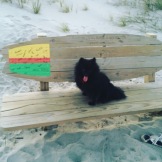 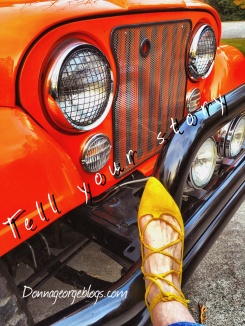 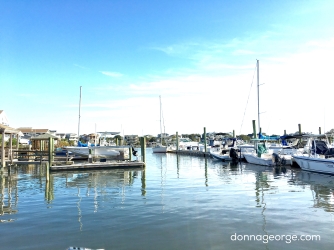